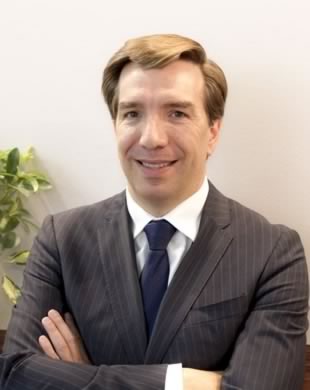 He has been a member of the Managing Board of the Spanish Maritime Law Association for seven years.

He is the Maritime Law Professor at the Abat Oliba Barcelona University and a visiting lecturer at the London City Law School. He is also a regualr visiting lecturer in Universities of cities like Athens, Mexico, Riga, Lund and Houston.

After working for the Legal Office of the Barcelona Port Authority, Miquel joined P&O Nedlloyd where he worked as an account manager. He was then retained by the United Nations in Vienna within the United Nations Commission on International Trade Law’s (UNCITRAL) Transportation Law Working Group, Maritime Law Branch, where he participated in the drafting of the Rotterdam Rules. Miquel also lectured in Maritime Law at the Webster University of Vienna.

Miquel then returned to private practice, first in Hamburg and then in Barcelona, after which he moved to London where he practiced as a Solicitor acting for the main shipowners, freight forwarders, logistics operators, P&I associations, insurance companies and banks based in London and also for Spanish and Latin-American companies, both in court and arbitration proceedings.

His most recent work includes directing the first court proceeding in Spain which successfully decided on the inexistence of the right of retention of bills of lading. Miquel also directed the court proceeding which ended with the publication of the first ever Court Resolution in Spain which stablished the economic value of a bill of lading. Other recernt work includes counselling a marine recoveries company on the recovery of the cargo of a shipwreck; directing the drafting commission of a new bill of lading for a leading European freigth forwarding group; directing a 10USD million international arbitration; and defending the interests of a shipyard before a claim in excess of €200M.

Miquel was appointed Plenipotentiary of the Spanish Crown before the United Nations and, on behalf of the Kingdom of Spain, signed the Rotterdam Rules.

You can find out more about which cookies we are using or switch them off in settings.

This website uses cookies so that we can provide you with the best user experience possible. Cookie information is stored in your browser and performs functions such as recognising you when you return to our website and helping our team to understand which sections of the website you find most interesting and useful.

Strictly Necessary Cookie should be enabled at all times so that we can save your preferences for cookie settings.

If you disable this cookie, we will not be able to save your preferences. This means that every time you visit this website you will need to enable or disable cookies again.

This website uses Google Analytics to collect anonymous information such as the number of visitors to the site, and the most popular pages.

Please enable Strictly Necessary Cookies first so that we can save your preferences!